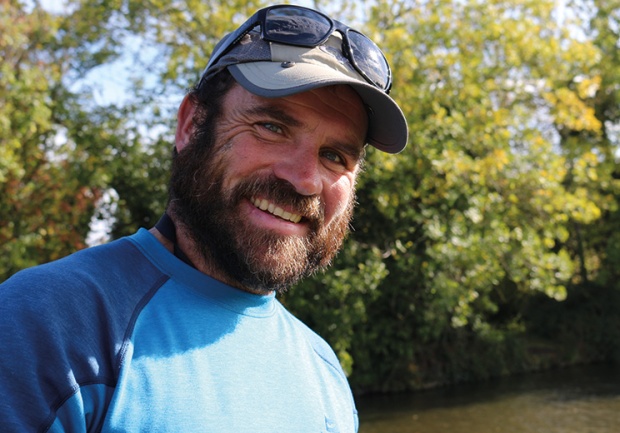 The former Army Sergeant in the Royal Artillery joined the record books by becoming the first person to kayak the full length of Great Britain using inland waterways from the top of Scotland to the bottom of England.

Dan created the Paddle of Britain challenge to say ‘Thank You’ to the WW1 generation ahead of the 100th anniversary of the end of the First World War, and he hopes to raise over £25,000 for the Royal British Legion, a British charity which provides financial, social and emotional support to members and veterans of the British Armed Forces and their families.

The route of the paddle was designed to follow inland waterways, which saw Dan kayak on lochs, lakes, reservoirs, rivers and canals across Scotland and England. In addition to paddling, and in order to travel between bodies of water, Dan trekked whilst dragging his kayak (nicknamed ‘Tommy’) and all his equipment using a special self-designed trolley system for over 200 miles.

Starting on the north coast of Scotland on 29 August 2018, Dan finished at Littlehampton Harbour on the south coast of England on 20th October after 53 days, covering a total of over 910 miles, in what he has described as, “One of the biggest challenges” of his life. The average distance covered each day was 17.5 miles, with the highest mileage in a single day recorded at 33 miles, and the longest day spent in the kayak involved 13 hours and 45 minutes of paddling.