The event started at 12.00 on the Saturday at the Pedreña Rowing Club, and finished at 12 noon on Sunday 24 hours later at the same club.

The event was affected by strong winds that dominated the first eight hours of the event, with a north east wind of 10 knots, which made the competition during those hours a real ‘high mountain’ race for athletes. However, the high fitness level of the participants and the preparation they had, allowed the winner Miguel Martorell repeat his 2015 score and accumulate 154 kilometres to achieve a tough victory. So for the first time the Spanish athlete Ramon Blanco failed to defend his title as he gave in to the pressure of the Balearic, Miguel who had finished runner-up in 2015.

For the women, UK paddler, Carolina Seth Smith, broke the existing female record of the event by achieving 106 kilometres, following the same tactics as the men and paddling practically all 24 hours. Huge congrats to Carolina. 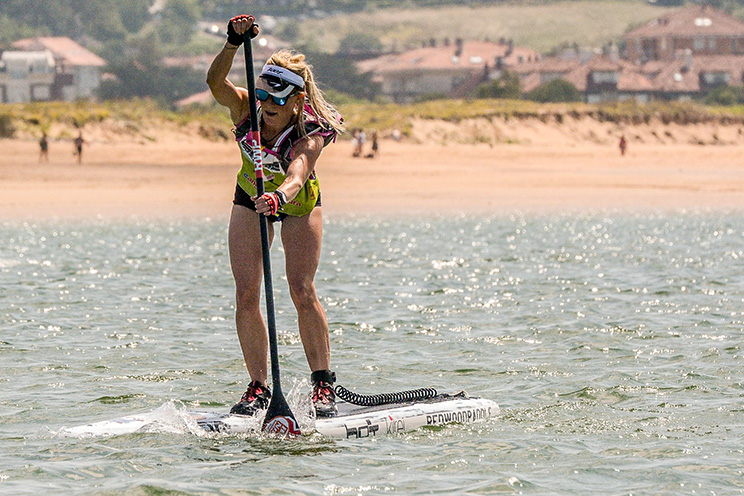 The special Navisafe prize for the greatest distance achieved overnight was won by the Miguel Martorell who paddled 50 kilometres during the night.

Another important and emotional moment of the day came when Ivan, a Cantabrian child fighting against cancer, appeared on the race course to salute Saul Viadero  and the rest of the athletes. Saul had paddled the event for Ivan to raise money, as part of the ‘Alex’s Smile’ Foundation, whose mission is to support children with cancer, their families and research projects into early detection of childhood cancer. Saul finished third in the race to accumulate 108 kilometres of ‘hope’.

The event is sponsored by the city of Marina de Cudeyo, and Kilarny Sport. It also has the support of brands such as SPS, Narwhal, Navisafe, and the media partnership of the Paddler ezine. 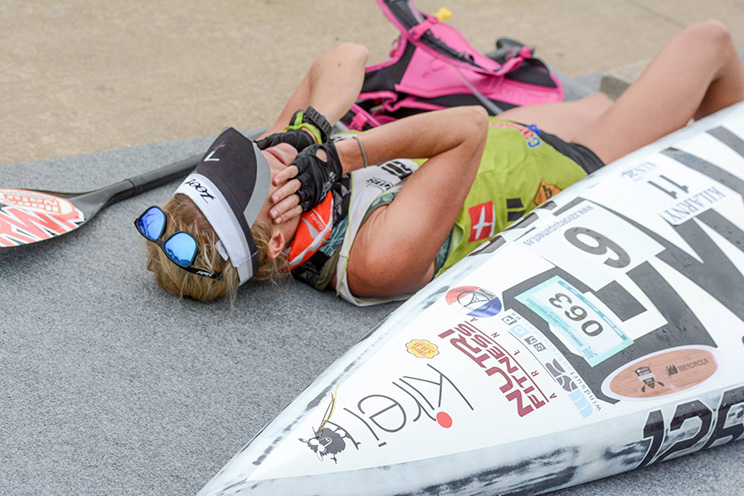