The two areas covered in this guide are as different in character as it is possible to conceive.

For many sea kayakers living in London and the South East of England, the Channel Islands are easy to reach from regional airports and by fast ferry. It therefore seemed logical to combine these two areas into a single guidebook.

The larger Channel Islands of Jersey, Guernsey, Alderney and Sark also consist of a vast number of islets and reefs. Here we are talking pink granite, white sandy beaches and very strong tidal streams. Closer to France than to England (12km between Les Écréhous reef and Normandy) they are all that remains of the ancient Duchy of Normandy. The French eventually recovered mainland Normandy but the Islands retained their independence and their links with the UK.

Most Channel Islanders speak English as their mother tongue but you will still see French and Norman French place names everywhere. Many of the routes here are very committing but there are also a number of gentler paddles.

The South East of England has a varied landscape of chalk cliffs, pebble beaches, vast expanses of sand, mudflats and river estuaries. At one extreme the Tidal Thames runs through the densely populated city of London and at the other the deserted north Norfolk coast.

It is true that some parts of this region are more attractive to sea kayakers than others, but the editor Franco Ferrero has been selective. All of the routes in the guide are worthwhile and many of them are real gems.

As well as providing essential information on where to start and finish, distances, times and tidal information, the book does much to stimulate and inform our interest in the environment we are passing through. It is full of facts and anecdotes about local history,geology, scenery, seabirds and sea mammals. 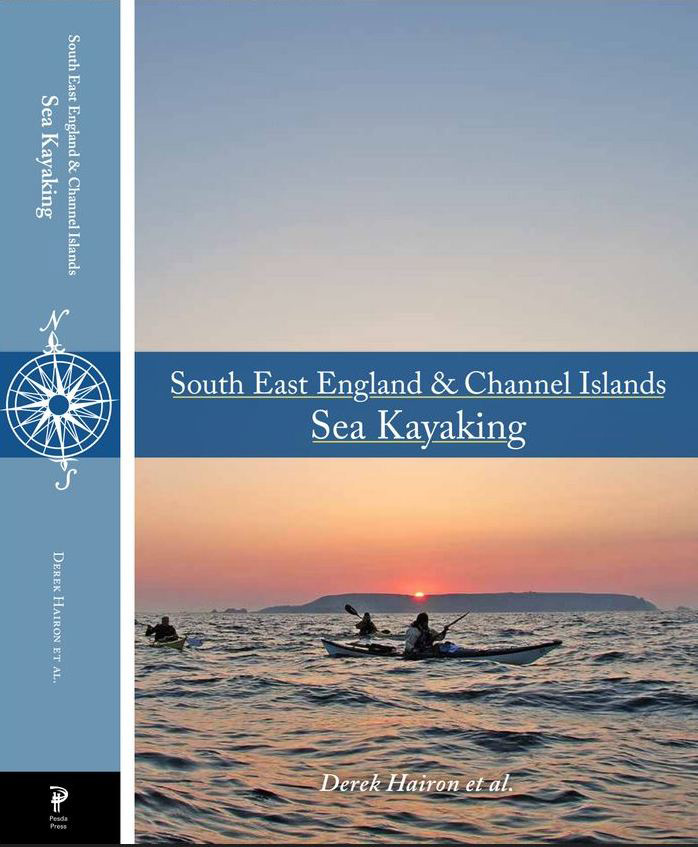