An Arctic first with 3,000 polar bears and three kayakers!

In the heart of the Arctic Ocean, at 76-81 degrees north, the Svalbard Archipelago remains one of the world’s last great ‘firsts’.  Despite numerous attempts, no one has ever paddled around the four main islands of the archipelago; but, this coming June, a small team consisting of New Zealanders Jaime Sharp and Tara Mulvany, and Norwegian Per Gustav Porsanger are setting off to do just that. The name of the expedition, ‘Ice Bears and Islands’, refers to the many polar bears that roam in this desolate wilderness, also known as ‘isbjørn’ in Norwegian and literally translating to ‘Ice Bear’ 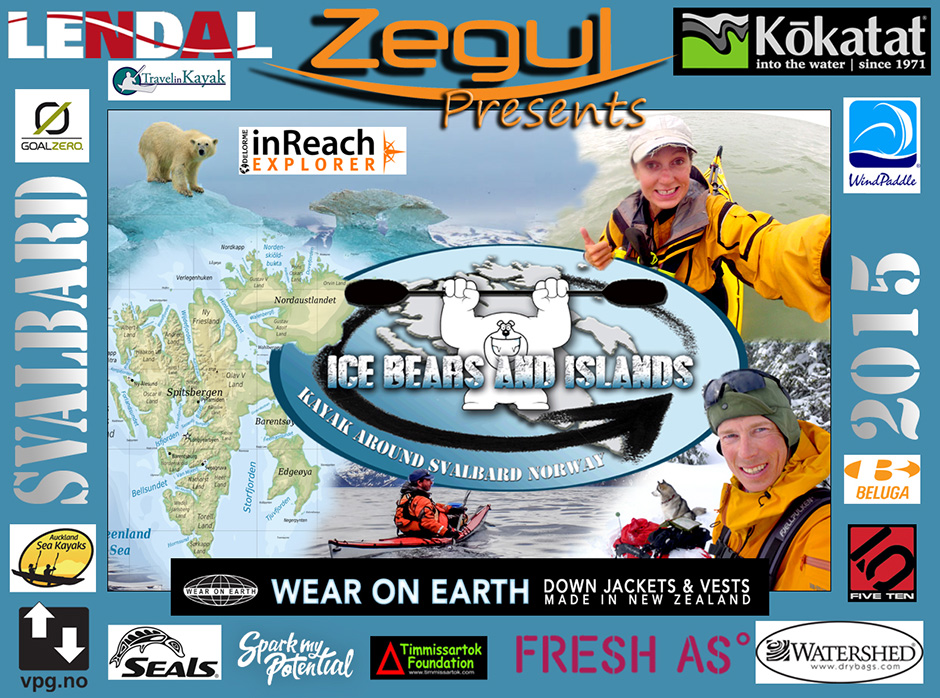 For a majority of the year, the islands remain trapped in ice and only a brief window, if any, opens up in the far north, allowing anyone to pass.  This epic 2000 kilometer (1243 mile) long journey will take the paddlers through an untouched world of sea and ice, filled with challenges and uncertainty.

They will encounter polar bears and walrus, negotiate ice floes, and endure sub zero temperatures for weeks on end as they thread a line on the edge of three huge oceans.  The crux of the journey lies along the far northeast coast, where a glacial front stretches for approximately 200 kilometers (123 miles) with no places to land, requiring at least two days of nonstop paddling.

All past attempts at the circumnavigation were brought to a sudden end: one team had their kayaks smashed to pieces; another was trapped by fast moving pack ice, and the most recent and horrific being two Norwegian paddlers who were attacked by a polar bear.

“This journey is the realization of a dream, the desire to push our sport of expedition kayaking to its pinnacle, and to explore and document this wild, far corner of our planet as it is going through major climate shift.”  Said Tara Mulvany

Tara Mulvany NZ www.tarasjourneys.com
Tara is from Invercargill, New Zealand and recently became the first woman to kayak around all three main Islands of New Zealand. She is also the first person to circumnavigate the South Island in winter, an expedition she wrote about at age 26 in her first book, A Winters Paddle (Craig Potton Publishing).

Jaime Sharp NZ/Canada www.jaimesharp.com
Born in Christchurch, raised in Hawkes Bay, and now living part time in BC Canada, Jaime is an adventure guide, photographer, film maker, advanced rough water sea kayaker/white water kayaker and instructor. His big trips around the world include a self supported sea kayak trip down the Grand Canyon USA, circumnavigation of Panama’s Coiba Island in a folding sea kayak, and a sea kayak trip along the full length of NZ‘s North Island. Jaime has also worked a number of seasons in the arctic and has worked around polar bears and rifles allowing confidence in group safety along with PG’s skills (see below). 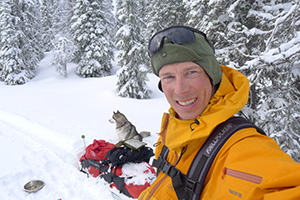 Per Gustav Porsanger (PG) Norway
PG, part indigenous Sami (of Arctic Norway) lives in Molde in Norway. He is ex-Norwegian special forces, though now works as a manager for industrial high ropes operations and also works as a skydive instructor. PG has cross-country skied the length of Norway as well as represented Norway at the international level in skiing. Though not as dedicated to kayaking as the other two members, he is able and his skill set in the arctic environ more than helps compensate. PG’s Military background enables the team to access guns and arctic training knowledge that can be applied to this epic endeavor.

The team will have a Delorme InReach tracker tagging their path and the expedition can be followed online at http://svalbard.worldwildadventure.com/
As well as on face book at https://www.facebook.com/YakAboutAdventures.

FUND RAISING
Currently there is a crowd funding campaign that ends May 14th. We would appreciate any exposure you could give this last week of fundraising. We have loads of great rewards for pledges, from original art prints, limited edition photo canvas prints, to spray skirts, shoes and other kayak gear.

Check it out here https://givealittle.co.nz/project/kayaksvalbard