Lizzie Broughton of Richmond Canoe Club and Keith Moule from Chelmsford Canoe Club this weekend became the first mixed doubles pairing ever to win the 125 mile Devizes to Westminster International Canoe Race. The duo stepped ashore at County Hall by Westminster Bridge 16 hours 40 minutes after leaving Devizes in Wiltshire, beating more than 170 other crews in the non-stop endurance race dubbed ‘the canoeist’s Everest’.

Broughton, the current World silver medallist in canoe marathon, and Moule, a former 200m specialist, never looked in danger of being beaten, establishing an early lead on other crews well before they reached the half-way point at Reading on the Kennet & Avon canal. Joining the Thames they opened a sizeable lead and continued to pull away, finishing more than 80 minutes ahead of the next-placed pairing.

“The race was tough,” said Broughton. ”But we could ignore the aches and pains as the boat was running really well and we knew we were in the lead. We also had incredible support and encouragement all along the course from our support crew, other paddlers and people who had just turned up to see us.”

Moule said he knew that they would be tough to beat after defeating all the mens’ entries in the build-up series of four races held on the Kennet & Avon canal in the lead-up to Easter.

“We didn’t know how we’d feel but our preparations have been first-rate,” he said. “Our priority was to build up a buffer over the next crews just in case we had any problems or equipment failures.”

Six of the top 10 crews this year were mixed or all-female pairs, the first time so many women have featured in the top rankings of the Devizes to Westminster Canoe Race. The second mixed pair to finish, Alexandra Lane and Radek Zielski of Reading, took third place overall, taking 18 hours to complete the 125 mile course, just 24 seconds adrift of second placed boat Jim King and Thomas Diaper of the Army Canoe Union.

DW Race Director Tom Armistead said weather conditions had helped competitors but strong head winds still took their toll. More than 25% of the entrants did not complete the course.

“We’re thrilled that the proportion of female competitors is rising,” said DW Race Director Tom Armistead. “It’s thrilling to see that not only are they entering but they’re also beating the mens’ crews to the finish. It’s an exciting development for endurance events such as ours.”

Also in the race this year was adventurer, TV presenter and Strictly Come Dancing contestant Steve Backshall. He and his partner, George Barnicoat, finished in 42nd place in a time of 23 hours 17 minutes. Backshall had hoped to finish in less than 20 hours but blamed his slower time on equipment failures and tendon strains.

More than 600 people paddling double and single canoes and kayaks took part in the Devizes to Westminster race this year. The event attracts schools, clubs and the military with participants described as ranging from the elite to the foolhardy.

The 37-year-old course record for the event is 15 hours 34 minutes and was set in 1979 by Brian Greenham and Tim Cornish of Reading Canoe Club in 1979. Greenham, now 65, is still racing and managed an impressive seventh place in the mens’ singles event, his 20th finish of the event.

About the Devizes to Westminster Canoe race

First held in 1948, the Devizes to Westminster Canoe Race, or “DW”, is often described as ‘the canoeist’s Everest’. Starting in Devizes, Wiltshire and finishing downstream of Westminster Bridge in central London, the race is 125 miles long and passes 77 locks which competitors must portage. The first 52 miles are along the Kennet and Avon Canal to Reading, the next 55 miles are on the River Thames to Teddington. The final 17 mile section is on the tidal portion of the Thames. More than 600 competitors, racing open canoes or kayaks, entered in this year’s race over Easter Weekend. 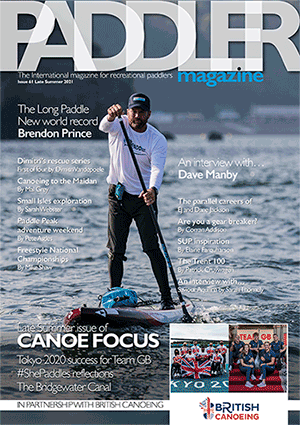 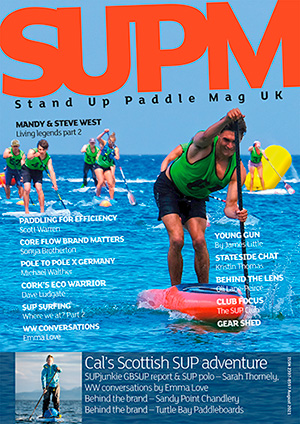