WoW: responsible access to the waters of Wales for all; free of unnecessary restriction, while respecting other users, environment and wildlife.

“I crossed the river near Aberedw by courtesy of a fisherman, who rowed me across in his boat and I continued downstream for five tantalizing miles to Erwood… Unashamedly I paddled. A heron watched from the far side, and stood on one leg, while I stood on both and stared back… crouched there with my camera poised and the shutter set at its fastest speed, but need I say that the salmon did not leap again. I crossed the river at Roger Mortimer’s Ford and found a slow pool where I could splash and float …” WH Potts, 1949, Roaming Down the Wye 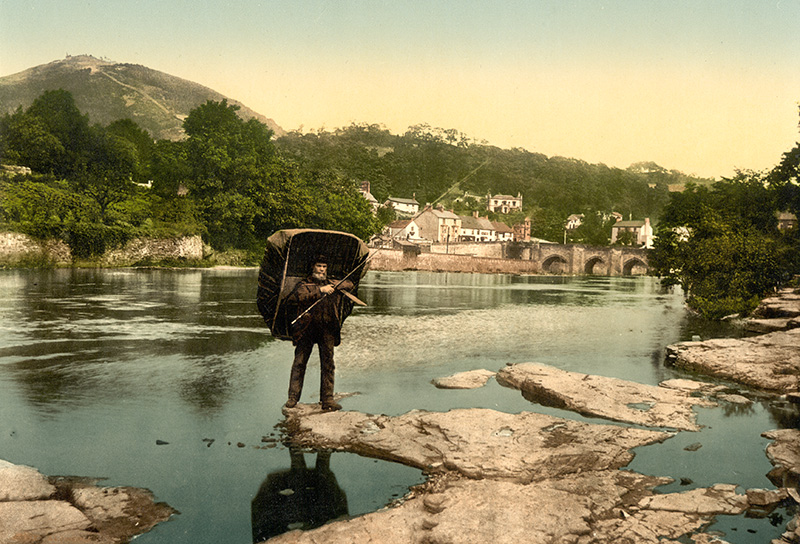 Riverside walking, boating, fishing, birdwatching, paddling, swimming and photography: some of the many leisure activities enjoyed harmoniously in, on and beside the waters of Wales. To some, this may sound too good to be true; most would be surprised to hear that responsible enjoyment of the waters of Wales is not freely available to all. Others, believing that they have exclusive rights to enjoy the water, are outraged at the prospect of public access to water and waterside for recreation.

Why is there a problem?

Wales and England are almost unique in Europe and across the world in basing their countryside management strategy on a presumption against access, contrary to the principle under English law of “That which is not forbidden is permitted.”

The current legal position is unclear, and this can lead to conflict between users and/or landowners, whose views differ as to their own rights and responsibilities and those of others. To understand how we reached this position, we need to look back at public use of water through history.

Archaeology tells us that people have been using water for transport and subsistence from prehistoric times, and Roman law explicitly states that flowing waters are ‘Res Publicae’ to which access must be freely available to all. Across the former Roman Empire, the principle of ‘res publicae’ underpins present-day law relating to public access and navigation. We know less of what happened in Britain after the Romans left, but we know for certain that subsequent encroachments on navigation were redressed by Magna Carta.

Rivers enjoyed by the public

19th to 20th Century local newspapers bring to life a picture of rivers enjoyed by the public for sustenance, transport and recreation, just as they must have been from time immemorial. We can read of youths swimming in the river while coracle-fishers go about their work nearby; farmers bringing their sheep to the river to be washed before market; local boating and swimming regattas; families enjoying placid rivers and lakes in small boats, adventurous paddlers exploring the white-water reaches of our rivers. 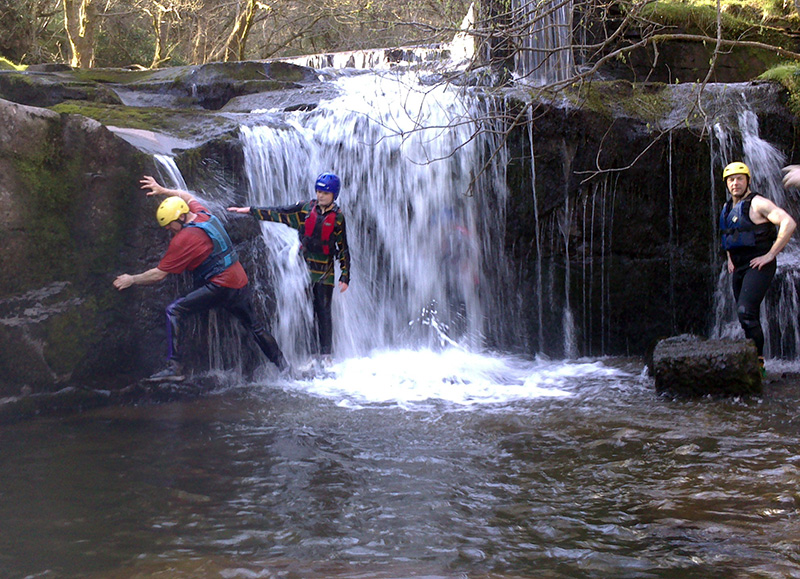 TW Cubbon discussed with locals a proposed trip down the Dee from Bala to the sea, and the only objection was that a canoe would be more suitable than his rowing boat!

Around this time William Bliss was documenting canoeing exploits on the Wye, Teifi, Usk, Vyrny, Lugg and Monnow.

Inland water was demonstrably being shared by a wide variety of users up to the 1940s and beyond, so how, only two decades later, did access to inland water become contentious?

We have no records of problems for recreational water-users until very recent times, but foundations for future conflict may have been laid early in the 20th Century, when the developing sport of fly-fishing came in to conflict with the needs of netsmen fishing by coracle for sustenance or income.

“Has he to forgo sewin fishing altogether, and for 19 days out of 20 for salmon fishing, merely for the sake of the leisured class, who have the time to lash the waters all day long for salmon at £2 a piece… and cheap, too, at the price. They own every yard of land, and must they own every gallon of free-running water as well? The product of the land is already theirs. They now desire the harvest of the flood all to themselves… One word with you, my friend Twm Shon Jack. What the sportsman wants is the river all to himself, and “he will get it too” if you do not wake up.”
Letter to the Tivyside Advertiser 1912

The first known challenges to recreational water-users came in the 20th Century, from landowners claiming that permission was needed for swimming or boating in water passing their land. Records tell us that some representative bodies sought to defuse conflict by entering into ‘agreements’ to restrict their activity. While the motive was to enable unchallenged, albeit limited use of water, the unintended consequence was to reinforce the mistaken belief that permission was needed to be in or on the water. Within a very short time, many were led to believe that access to and along inland water was restricted to a small fraction of the inland waters of Wales and England.

Body of evidence for historic use

Campaigning developed along two lines: negotiation and calling for increased permission; and researching historic rights of navigation. A large body of evidence for historic use was uncovered, by individuals working independently or on behalf of BCU. No-one was aware of the full extent of the evidence, and the cost of bringing a case to court was considered to be prohibitive, so efforts to negotiate access redoubled, without significant increase in uncontested public access to water. In the 1970s a pressure group known as CRACK (Campaign for River Access for Canoes and Kayaks) arose, but was quashed by the paddlesport establishment under threats of removing existing permission and pressure from government as to future funding.

The Countryside and Rights of Way Act (CRoW) passed in 1999, was originally intended to address land and water access issues, but the final bill excluded access to water. The Land Reform (Scotland) Act 2003, however, addressed public access rights across the spectrum of activities on land and water. In 2005 BCU delivered a petition and manifesto, accompanied by a protest paddle on the Thames and followed by meetings between BCU members and their constituency MPs, to the UK government at Westminster, calling for legislation for England and Wales. A presentation to the minister was met with an obviously pre-determined and uncompromising message to, “go away and identify four target rivers for agreements.”

In the period leading to the petition, BCU became aware of the research of Rev Douglas Caffyn, whose Master of Laws (2004) thesis concluded that, “there is a public right of passage on all rivers which are physically usable” was pivotal in bringing about a change of direction of the campaign in Wales. 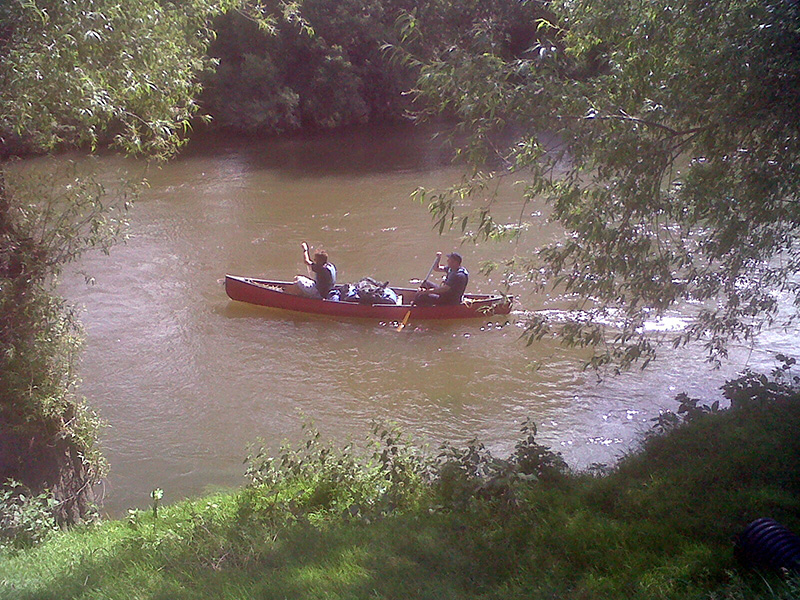 Following the Government of Wales Act (2006), access was among the legislative areas devolved to Welsh Government. WCA (now Canoe Wales) ceased to negotiate access agreements and mounted a campaign for land reform legislation, similar to that passed in Scotland. A 10,000 signature petition was delivered, by canoe, to the Senedd in 2008.

The petitions committee commented after a short inquiry: “We believe that the clear balance of rights in Scotland has inherently moved the access debate forward onto a more productive footing.”

“We therefore suggest it provides a useful basis from which a unique Welsh model may be developed.”

In 2010, despite the Petitions Committee’s recommendations; following a full inquiry which heard how voluntary agreements had failed to work, and of the success achieved in Scotland; Welsh Government decided to continue with the same failed strategy by recommending:

By coincidence, Rev Caffyn completed his PhD the same year, and in 2011 wrote, “…expenditure on negotiating access agreements, and the resulting delay in implementing the policy, is not required. Access agreements are based on the misunderstanding that the relevant sections of the rivers are private.”

Over the next two years, a series of ‘Round-Table Discussions’ took place, and ‘SPLASH’ funded projects were implemented. More than £2m of public money was spent, with no demonstrable improvement in public access to inland water.

Following a review, in October 2013 the Welsh Government wrote:

“The report of the National Assembly for Wales’ Sustainability Committee on their Inquiry into Access to Inland Waters in Wales (2010) advocated that in the short term effort should focus on establishing voluntary agreements, but should the Assembly secure legislative competence in this area that introducing legislation to address areas where conflict persists would also be desirable. Three years on there continues to be conflict between different user groups and voluntary access agreements do not appear to be working Wales wide. The Minister now believes that it is necessary to explore ways of seeking to bring clarity and certainty for all on where they can go and what activities they can do, whilst ensuring proper safeguards for both nature conservation and the interests of owners. The Committee’s findings are informing this current review.”

Delight at the Welsh Government’s new-found determination to represent the public interest was, however, short-lived and only two months later, after a ‘reshuffle’ a new statement was issued: “On water, there is a need to see an increase in the number of voluntary access agreements providing for a range of recreational activities. We will therefore publish a Green Paper on improving public access to land and seeking better facilitation of voluntary access to water. We do not plan to pursue primary legislation in this assembly term.”

By Welsh Government’s own account, the strategy of agreements funded by SPLASH has not delivered. The Green Paper promised for December 2013 has been considerably delayed. The continuation of SPLASH is unlikely, but there is no indication of Welsh Government’s future intentions regarding public access to inland water.

It is difficult to draw any conclusion other than, as with CRoW, public access to the waters of Wales has been sacrificed to ease future legislation for access to land. There is a real danger that access to water will disappear completely from the Welsh Government agenda. Opponents of access to water seek to weaken the case for public rights by dividing the water and land-based aspects of countryside and/or representing the issue as polarised local conflict. Once again we see ‘access agreements’ developing between limited users, which are then used to bring pressure on the wider public to conform.

Waters of Wales believe that legislation is urgently needed that will address the needs of all for responsible access whether land or water-based. We will continue to campaign for land reform legislation to benefit all, but we consider that while the needs of land-based recreational users are well represented, there is no one body which seeks to represent the needs of the wider water-using public, allowing these to be sidelined or ignored. We decided to set up an independent community campaign because we see a need for representation of the public who wish to enjoy recreation on the waters of Wales.

Waters of Wales – WoW is a community campaign with the core aim of representing the water-using public of Wales with a view to achieving legislation similar to the Land Reform (Scotland) Act 2003, to enshrine public rights, with responsibilities, of access to the countryside, including water, of Wales. The WoW community includes a range of water-users including, but not exclusively, swimmers, walkers, birdwatchers, photographers and boaters. Community members may be individuals or members of groups clubs and organisations.

The next Welsh General Election is in 2016 and WoW is already campaigning to get legislation to enshrine public rights with responsibilities to the Welsh countryside, including water, back on the government agenda. 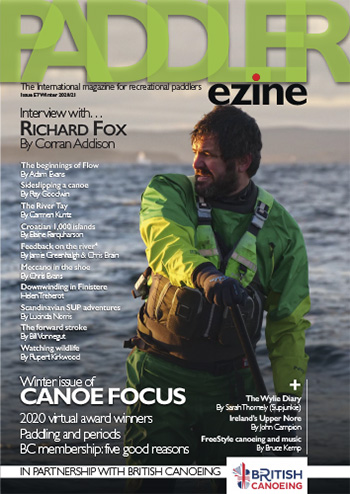 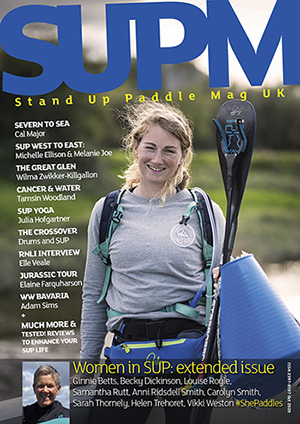